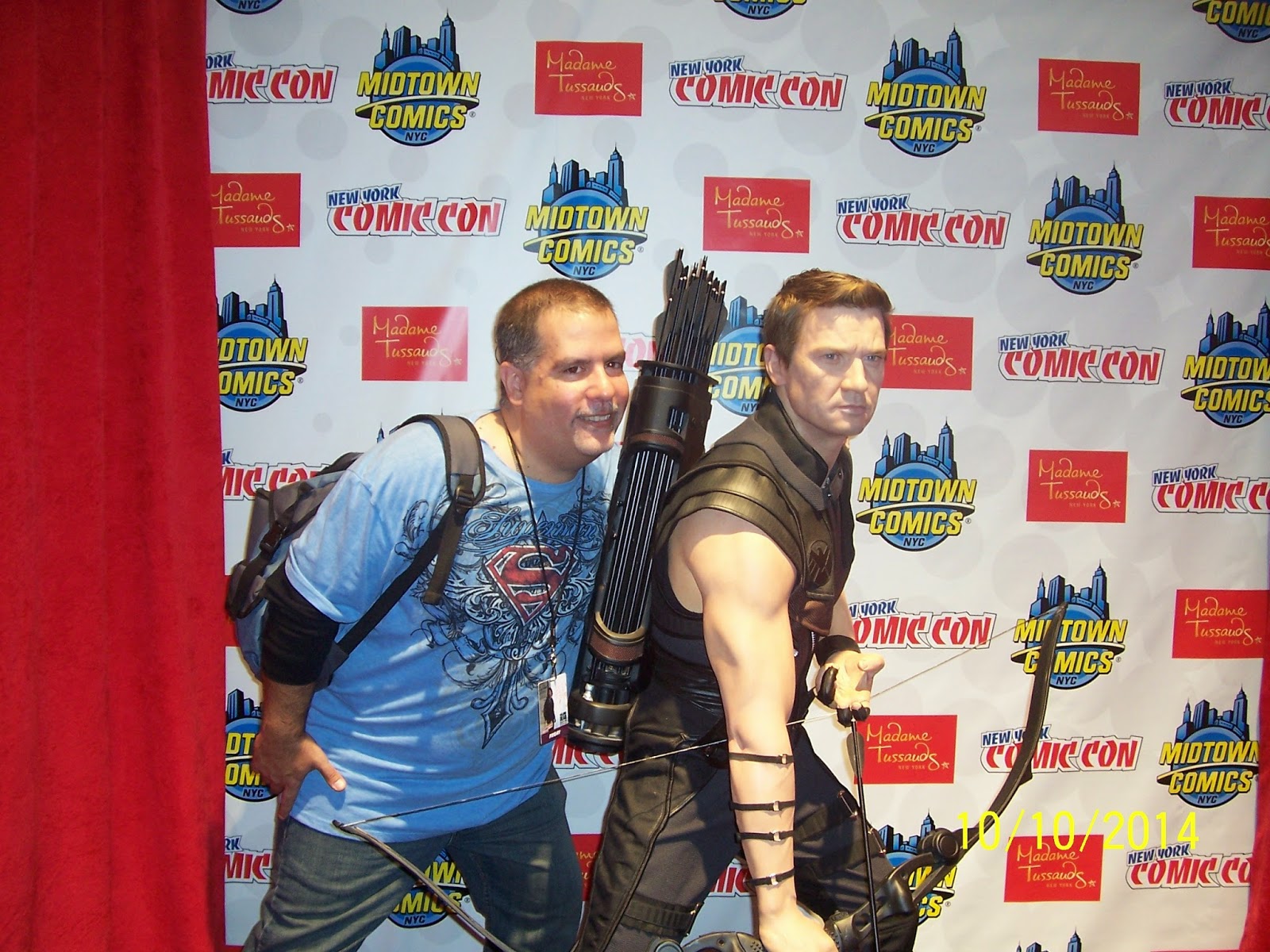 I've been to conventions in the past. In my 20's, my friends and I went to quite a few and got to meet a lot of the cast of the original Star Trek. It was great fun, and I was looking forward to getting back to one, after the smaller Wizard World Con I went to last year.

Was I ever unprepared for what I experienced.

I've never been to anything this big. I've been to cons, sporting events, and short of a NASCAR race, I have never seen anything this big before. I was overwhelmed by the sheer size of the event.

I'm sure a lot of people probably think of these events as a bunch of basement dwelling nerds getting out of the house. While there were indeed a lot of people there who may have fit that stereotype, they were actually small in numbers. This was people from all walks of life, from the comic/movie nerds to families with their kids, all gathered together in a celebration of the things they love, all under one roof. A united community of very different people, but all with common interests.

Everything was represented here. Science Fiction, Horror, Comic Books, Television, Movies, Fantasy, collectibles....if it's a part of geek/pop culture, it was there.

It's so easy to get lost in the never ending stream of things there to purchase. Things you have never seen, or have only heard about. Things you have always wanted, things you use to have, things you never knew you wanted. It's a collectors dream. The artists there were also all over, and so many different styles, as with the merchandise, almost any type of art that interested you, you could find there.

Some of the highlights for me included..... 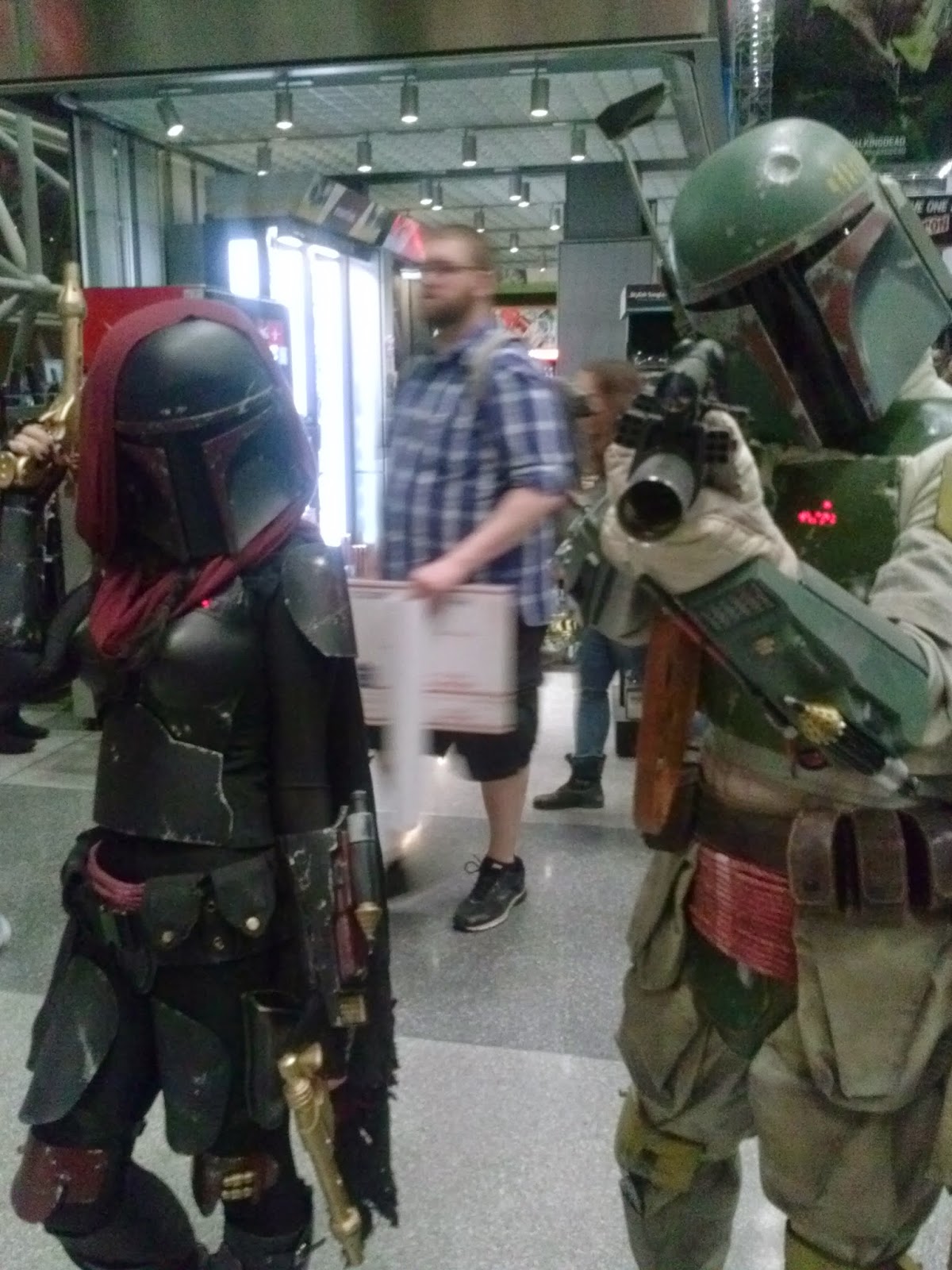 The cosplayers. I've made or helped make costumes in the past, so I know what it is like to create these things, and you could see the amount of work so many people put into their costumes. The quality ranged from obviously amateur, to nothing short of professional. But it didn't matter what the quality was, the passion was there, in everyone. 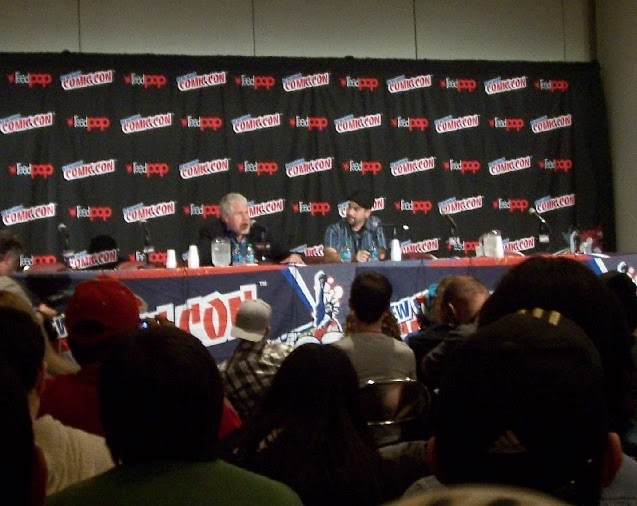 I got to see a Q & A panel with Ron Perlman, star of Hellboy and Sons Of Anarchy. He spoke about a book that he just released, memoirs of his life and career. The way he spoke about it, and the things he talked about that were in the book, made me want to read it. He was very funny, very personable. He took questions from the audience and answered all of them. You could tell he is a guy who is extremely grateful for his career and the people that got him to where he is. I'm glad I got to see him. 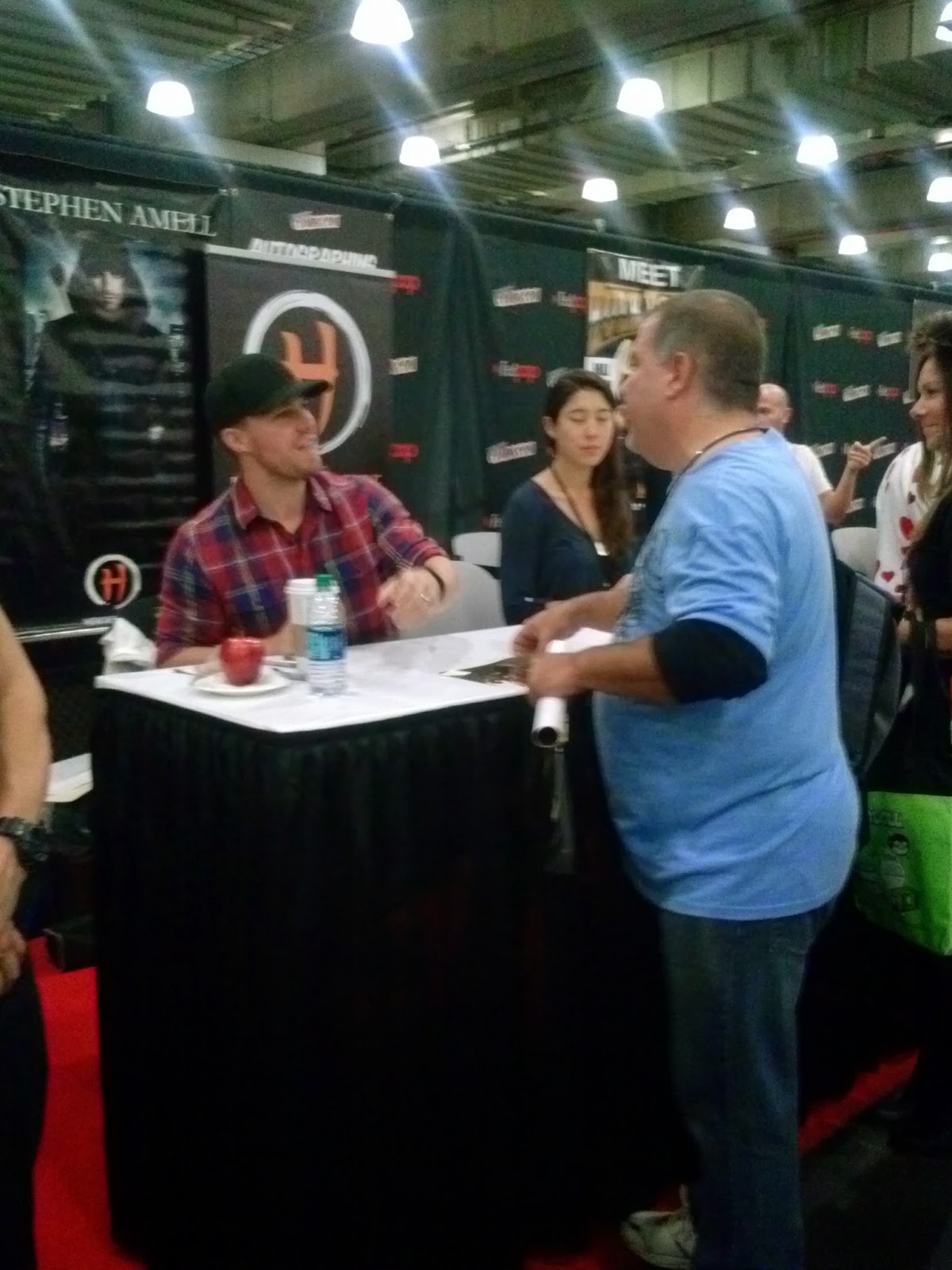 Stephen Amell. He's the star of the TV show "Arrow", one of my current favorite shows. I got an autographed picture of him and got to speak to him, albiet very briefly. He also comes across as a guy who really embraces his fans and is grateful for his success. Even got a fist bump from him, which may seem silly, but it was still cool. He comes across as a regular guy, no ego.

Now this next one may throw some people, but I think there will be those who will appreciate it.

I was walking down one of the many aisles, and I came across a table where I saw a gentleman signing autographs. I did not recognize him on sight, and looked at the table where it said his name....Peter Robbins. I'm sure some of you are saying "Who?" I said the same thing until I looked below his name..... 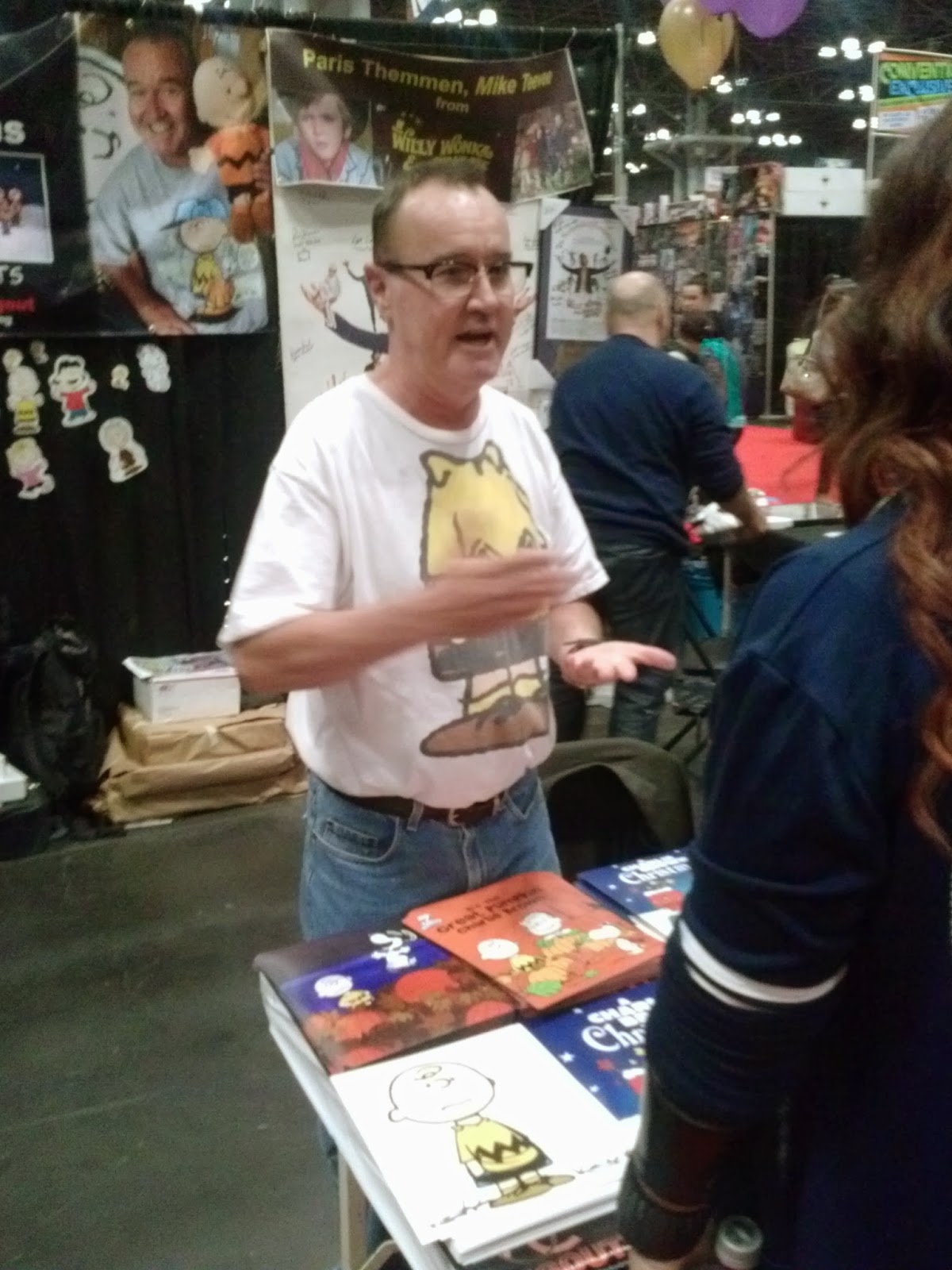 I was in awe. I grew up with the early Peanuts animated specials. I have such fond memories of A Charlie Brown Christmas, It's The Great Pumpkin Charlie Brown, and others. To get to meet the man who voiced Charlie Brown in those shows that i love so much, and speak with him for a short time, meant as much to me as meeting any big name celebrity...perhaps even more.

My only disappointments were the fact that we went on Friday, and there were even more things going on Saturday & Sunday that would have been great to see. Next time, we will make sure that we get tickets for the weekend so we don't miss anything. Also, we wanted to get a copy of Ron Perlman's book, as he was autographing them, but the books sold out quickly.

All in all, a great experience, a bit overwhelming, but next time we will be more prepared. Anyone who has not been to this kind of event, and has any interest at all, should experience it at least once.
Posted by Chris at 4:36 PM No comments: